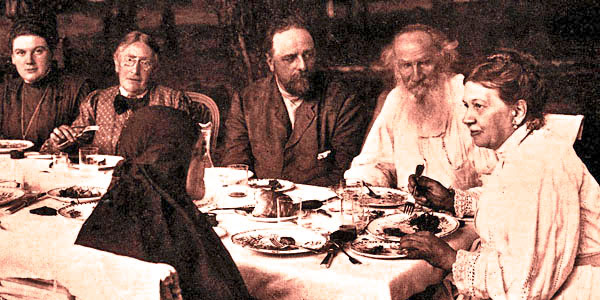 Feminism sprang up as a social movement a few decades after Leo Tolstoy published his two great novels. Predating feminism, both War and Peace and Anna Karenina feature female characters whose lifelike portrayal equals and often exceeds that of the male protagonists.

In War and Peace, Natasha Rostov provides the developing character around whom the male figures come and go. In addition we meet Anna Pavlovna Scherer, who commands the true center of Petersburg society, orphan Sonya, the Rostovs’ niece, whose fate past childhood hangs in the balance, and Maria Bolkonsky, whose moral elevation redeems those around her. Anna Karenina has 4 major characters paired as Anna and Vronsky, Kitty and Levin, as well as a touching portrait of Varenka, a common girl raised and educated by an heiress.

Tolstoy leads his female and male readers alike not only to appreciate the women in his novels, but to identify with them, to feel their pain and their victories. It’s an extraordinary accomplishment, and one wonders how these fictional women became so true to life. END_OF_DOCUMENT_TOKEN_TO_BE_REPLACED